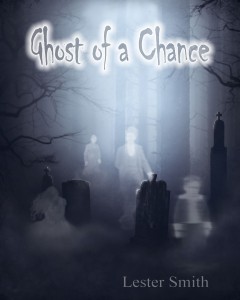 Adventure as the spirits of people who have died before their appointed time.

Ghost stories and supernatural tales have long been with us, but the late 1800s and early 1900s saw a rise of spiritualism in the Western hemisphere, perhaps as a reaction to the mechanistic advances of the Industrial Age. Mediums, spirit boards, divination through tarot cards, and ectoplasm became household terms. Many of the wealthy, powerful, and famous—from Arthur Conan Doyle to Nancy Reagan—became obsessed with a “spirit world” that surrounds and permeates our own. The “Ghost of a Chance” setting plays on those beliefs, reflecting popular fiction and film from Carnaki the Ghost Finder (contemporary with Sherlock Holmes), to Ghostbusters, to The Sixth Sense (and many, many others*). While the “Ghost of a Chance” setting is written with a serious tone, you can easily enough play it for comedy instead. The setting also assumes a relatively modern time period, from Victorian era to 21st century, but stories from other ages are also possible. An adventure might even include ghosts from different time periods.

In this setting, occupation is whatever the character was employed as before death.

Besides those listed in “Chapter 6, Basic Skills,” ghostly characters may choose from the following supernatural skills.

As part of character creation, players should each declare how their character died. Ghosts tend to display the wounds of their death in the afterlife. Additionally, cause of death will often give the game host ways for involving the characters in an adventure.

The merest touch of daylight evaporates ghosts until night returns. For this reason, most “Ghost of a Chance” adventures begin at sunset and end (or are suspended) at sunrise. Typically, wherever a ghost appears at the very beginning of an adventure is where that ghost reappears each night at sundown. Ghosts can work around this restriction by either possessing a physical creature during the day or by hiding within a light-proof object or space.

Although ghosts can walk (or glide) similar to their living pace, they can also instantaneously appear at any spot they can clearly see. (So while they may not be able to open a door to leave a house, they can easily exit at any uncovered window.) In some cases, the game host may allow characters to roll for success passing through a translucent barrier, or even appear at a spot they can clearly envision in their mind’s eye (a very familiar room, for example).

Unlike the living, ghosts do not speak via sound waves and language. Instead, they communicate thought to thought. While this allows ghosts of any time or culture to easily “talk” with one another, it raises difficulty communicating with mortals. Simply put, ghosts do not remember living languages. Only by use of the Speak Living or the Write skills can they gropingly communicate a few words or letters of mortal language. The Dream Walk skill allows a ghost to communicate thought-to-thought with a living being, though how well that message may be recalled when the living recipient wakens is uncertain. More often, what remains in the living brain is an image, a mood, or a desire.

While most “Ghost of a Chance” adventures involve ghostly interactions with the physical world, and haunting (intentional or not) of the living, the afterlife is also host to many terrible supernatural creatures of mythology and imagination. Often an adventure will involve averting a supernatural threat to the living world.

Equipment isn’t of much use in the afterlife. That having been said, ghosts tend to “wear” the clothes they died in and “carry” ectoplasmic replicas of items precious to them in life. To affect the real world, however, ghosts must find a way to make do with items in their current environment.

Much of the enjoyment of playing dead people is in haunting the living, especially the guilty. For this reason, most “Ghost of a Chance” adventures take place in the material world, where living creatures of all types can be found.

The players’ characters are not the only supernatural beings haunting this world, however. Other ghosts may be encountered, as well as any sort of creature of legend.

The heroes may also find themselves facing higher powers—both angels and demons. Beings such as these straddle the boundary between the natural and supernatural worlds, making them less vulnerable to ghostly powers.

This adventure is intended for six souls who have died tragically on the same night at different  spots around the US. Their deaths are spaced an hour apart, from midnight to 6 a.m.: the first in New Orleans, LA; the second in Thompson’s Harbor State Park, MI; the third in Shamrock, TX; the fourth in Lexington, NC; the fifth in Watertown, SD; and the sixth again in New Orleans. Together, these locations inscribe an inverted pentagram on the US map, with each point roughly 666 miles from the St. Louis Arch at the center.

During character creation, as your players each describe their heroes’ lives, pair them to these locales as seems fitting. For instance a lumberjack might best fit the Michigan locale, a musician New Orleans, and so on. If your group has fewer than five characters, you can fill in the missing slots with helpless “extras.” If your group has more, the bonus deaths can take place all together at 6 a.m. in St. Louis, as tourists if nothing else.

Let all the players invent their heroes’ cause of death, as usual, but as you listen, consider ways in which another person might have contrived those deaths. With this accomplished, you are ready to start the adventure.

Act I: Another One Rides the Bus

Begin with the player of the New Orleans victim. Describe that character’s moment of death as the player presented it, but work in a shadowy figure who shows up at the final moment with an athane, dips it in the hero’s blood, and traces it onto a map. Then tell the player, “Your vision fades to black, and you dream you are on a schoolbus, during the day, with a rowdy group of middle schoolers. The bus stops, and the driver says, ‘Everyone needs to settle down before I can open the door.’ Through the right-side windows, you see the St. Louis arch. Suddenly, the bus lurches from an impact on its left, throwing children violently from their seats! You hear screaming, and the dream fades. You wake up after dark, in an empty schoolbus, with the distant chiming of a clock counting midnight.”

Allow the player a little time to react, explore, and ask questions. This is a great opportunity to introduce a new player to the game by letting the character discover firsthand that ghosts cannot affect the bus itself (can’t budge doors, windows, or even the radio mike), but that staring outside and wishing to be there means instant transport.

Before the other players have time to grow bored, though, say, “The clock strikes one,” and turn to the second player. Describe that character’s death, the mysterious figure using an athane to inscribe the hero’s blood on a map, and the same dream. This time, however, it lasts a few seconds longer, allowing the character to turn and discover that a fuel truck has collided with the bus. Fuel is spilling everywhere, and the truck driver looks stunned. He pulls out a cigarette…and the dream fades. The character joins the first on a bus, at night, as a distant clock chimes “one.”

Introduce each character this way, at “two,” “three,” and so on, allowing them some time to introduce themselves and explore a bit before each new ghost arrives. With each new ghost, the dream runs a few seconds longer:

With that nightmare hanging over them, the heroes have roughly an hour before sunup to begin searching for answers. Some of this information may have been discovered during Act I, if any of the heroes specifically sought it out. Sunup will interrupt their investigation, of course, but sundown will find them all reappearing on the bus, with a full night to explore further.

Exploring the bus itself, the characters may notice that it is the same as in their dream—same bus number, same license plate, and so on—though completely undamaged. If the dream is of a real event, obviously that event has not yet happened.

In a metal emergency medical kit under the driver’s seat is a copy of the map pictured below. Players may recognize the points of the pentagram as matching the locales of their characters’ deaths.

The bus is parked in a lot with many others. It bears Missouri license plates.

Exploring the office reveals a wall calendar with a Friday circled and marked “Gosling Middle School Field Trip, Arch, Bus 13.” If the heroes find this calendar on the first night of the adventure, the Thursday before remains uncrossed. On the second night of their appearance, that Thursday is crossed off as well.

If the heroes explore further afield, they find themselves wandering the streets of Creve Cour, MO, a St. Louis suburb of roughly 18,000 people, with many mid- to late-20th century homes. Most businesses are closed while the heroes are up and about.

By this point, the heroes will likely have figured out that their deaths were sacrifices leading up to the larger sacrifice of a busload of middle schoolers. To thwart it, they will need to ensure that this particular bus does not make that trip. Most likely they will come up with plenty of ideas for preventing it.

Assuming the heroes stopped the field trip, they will have prevented the St. Louis Arch from becoming a 63-story-tall gateway to hell. Not everyone is happy about that, of course.

At sundown on the Friday night of the thwarted field trip, the heroes will find themselves again on the bus. But this time they have company. The figure with the athane and map stands outside the bus, chanting a ceremony. He has marked the windows and doors with the characters’ blood, preventing them from exiting by “normal” ghostly movement. After the heroes appear, he begins spraying the bus with fuel from the bus company’s pump, intending to set it alight and offer their spirits as an appeasement to his hellish masters. The heroes will have to use their ghostly powers to best effect—and quickly—to defeat him, or find themselves on a bus ride to hell! 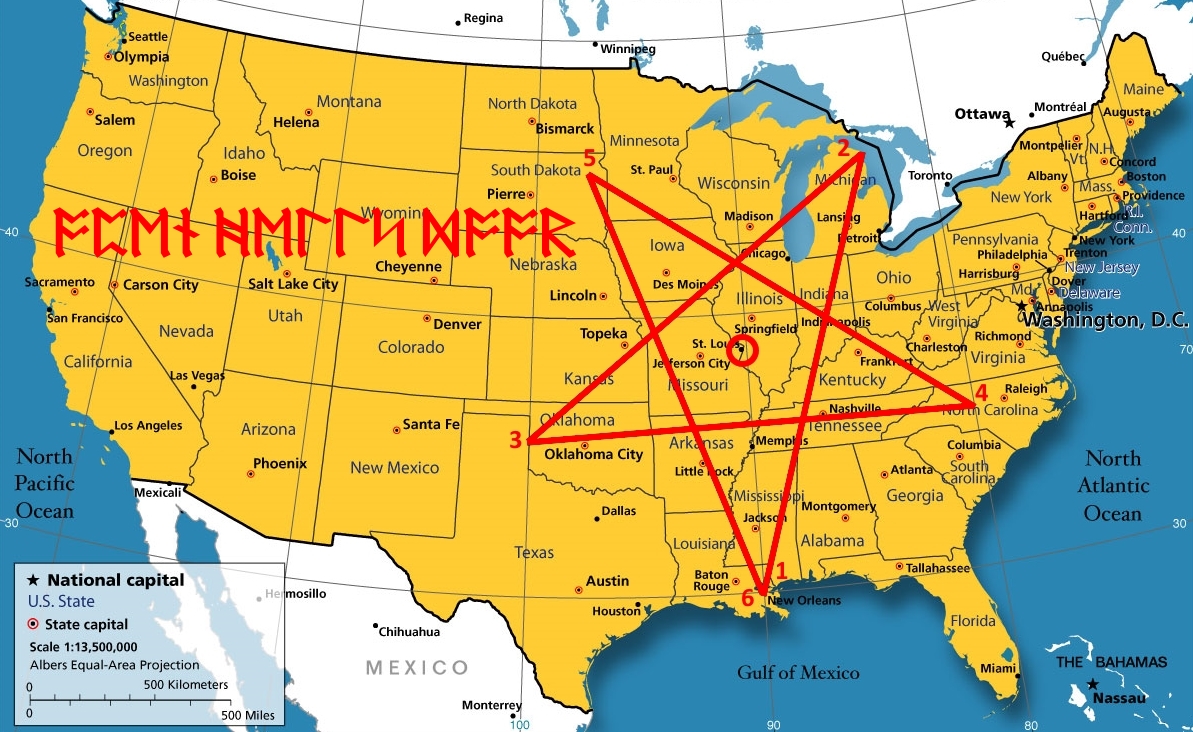 Although the sample adventure provides a unified reason behind the heroes’ deaths, this needn’t always be the case. Adventures can spawn from investigating each character’s death as a separate mystery, or from resolving unfinished business with a loved one.

Other recommendations include Beetlejuice, The Lady in White, Ghost, The Frighteners, Death of a Ghost Hunter, and Haunter, among others. Also check “Haunted Attic,” home of the Lost Souls role-playing game.