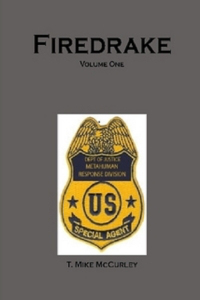 Emergence. It was just another word until the day people started to exhibit superhuman abilities, and then it became the buzzword for those that changed. Geneboosters, the press soon tagged them: men and women who found themselves suddenly capable of things that seem almost magical. The world changed with them, and what seemed normal is now a thing of the past.

How do you deal with a person that can rip a tank in two? What happens to the family whose child is born with wings and claws? Who can trust the most dangerous being ever to have existed simply because he says he has reformed? Most importantly, what will YOU do when you have Emerged?

Based on the books by T. Mike McCurley, this CORE RPG setting chapter will allow you to immerse yourself in the world of the Emergence. Become a genebooster, and see the world through different eyes. Stand with the resolute Patriot, hunt dangerous metahumans alongside the humanoid dragon cop known as Firedrake, or tear apart cities in the sadistic style of Professor Pain and Annihilator. The choice is yours…but every choice comes with its own consequences.