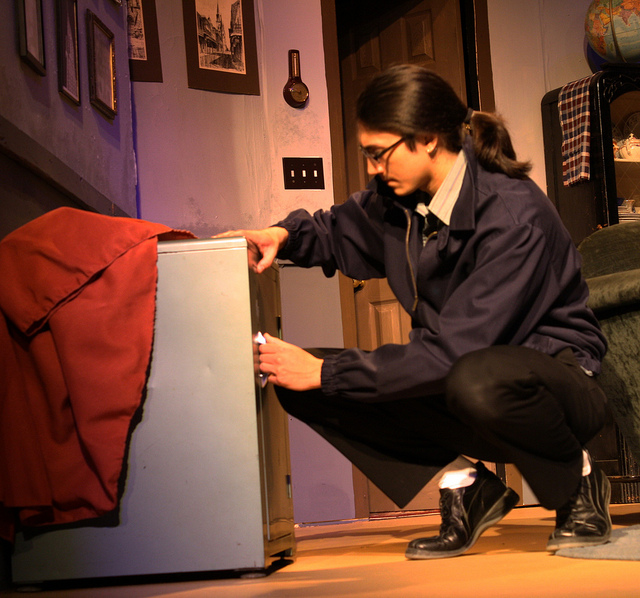 Some things a character wants to do are easy: cross a street, climb a ladder, dial a phone number. For these, a player simply makes a declaration and the game host okays it.

Others are more difficult or uncertain: jump from the path of an onrushing truck, climb an icy cliff face, crack a safe’s combination. For these a player must roll dice and compare the results to the character’s abilities. The game host may apply special modifiers for more difficult tasks, time-consuming ones, and so on. This page explains those rules.

Dice rolls in this game use two standard six-sided dice. Multiply the result of one die by the other to generate a total between 1 and 36.

Every dice roll in the game is compared to a character’s Focus number, which is that character’s total number of primary abilities. (See chapter 4, “Character Creation.”) The more abilities a character is familiar with, the higher this number, which affects the character’s chance of success at attempted tasks. Ability rolls fall into three categories:

A character’s occupation is a sort of “super skill” representing a body of related knowledges. (See chapter 5, “Occupations,” for a fuller definition.) For task rolls, occupation is treated as a Focused ability.

Besides an occupation, characters each have a list of skills to round out their abilities. (See chapter 6, “Basic Skills,” for a fuller definition.) The exact skills available will vary from setting to setting. For task rolls, skills may fall into Focused, Unfocused, and Unfamiliar categories, as explained above.

Characters each also possess four innate attributes that further define them: Brawn, Grace, Will, and Wits. Each character has one attribute treated as “Focused,” two as “Unfocused,” and one as “Unfamiliar” (See chapter 4, “Character Creation.”) While occupations and skills are rolled for as active abilities, an attribute may be rolled for passively in reaction to a situation.

Example: To spot a trap in ancient tomb might call for a roll versus an occupation of Archaeologist or of Tomb Robber. To disarm that trap might involve one of those occupations or the Lockpicking skill. If the trap is tripped, however, the game host might allow a roll versus Grace or Wits to avoid it (or to reduce the damage). Similarly, a game host might allow a Will roll to avoid a vampire’s mesmeric gaze, or a Brawn roll to avoid the poisonous effects of tainted food.

Not every task is equally easy or difficult. Defeating a school locker is easier than a bank vault. Lifting a bookshelf off someone is easier than a car. Patching a simple cut is easier than a large-caliber bullet wound. To represent a range of difficulties, the game host can declare a die penalty of 1 to 3 points before dice are rolled.

This penalty always applies to the higher die result and applies before the dice are multiplied. For Focused attempts, the penalty is subtracted from the die roll; for Unfocused and Unfamiliar attempts, it is added.

Some things—like wounds, and armor—slow characters and make them slightly less effective. These penalties apply to the roll result after the dice are multiplied. For instance, a character with two levels of wound, who achieves a Focused skill roll of 6×4, would reduce the 24 result to a 22. That same character making an Unfocused roll of 3×2 would increase the result from 6 to an 8.

At the beginning of an adventure session, characters each receive 6 points to use for dramatic effect. One or more of these points can be spent on any dice roll to help with its success. After the dice are rolled for a character’s action and the results seen, any single player may add points to either die to change the effect.

Usually, these points are spent by the character performing the action. However, they may be spent by another character instead, as direct assistance or cheering on.

Example: A character is trying to bullseye a swamp cat from a moving sand speeder. The character has Shooting as a Focus skill and possesses a Focus rating of 5; the game host decides the task is Formidable (moving vehicle and small target). The player rolls a 2 and a 5, and the 5 is adjusted downward to 3, for a result of 6, which would barely miss. However, the player really wants the character to impress onlookers, so the character Exerts (concentrates) for one point and applies it to the lower die, bringing that 2 up to a 3. With a 3×3 result, the character scores a 9, well above the Focus rating.

Often characters may wish to cooperate on a task: lift a heavy table to barricade a door, persuade a murder suspect to confess, lure a gorgosaurus into a trap, etc. In game terms, the involved players each roll for their own character, and the success levels are totaled.

Note: If timing is an issue (as during combat, see chapter 7, “Conflict and Damage”), the combined action takes place at the lowest rolled result. (“Wait. Wait. Let me get a good grip. Okay, go!”)

Some things, such as running a race, translating an ancient tome, or defusing a bomb, are not the work of an instant. In game terms, these require an accumulation of either points or successes. The game host may declare, for example, that finishing a race requires 100 points, with a new roll occurring every minute in the game world. The first character to accumulate that 100 points crosses the finish line ahead of all others. In the case of defusing a bomb, the host might say the character must accumulate five success levels before the timer reaches zero.

Not every situation in life has a yes/no answer. A police officer might be trying to discern, for instance, whether a suspect is telling the truth. Although training and psychology can do a lot in this regard, sometimes a character must act without being absolutely sure. These D6xD6 RPG rules simulate this by having the character’s player roll 1d6 and the game host roll the other in secret. Based on the result of the visible die, the player has some idea of success or failure.

Note: In the case of Uncertain tasks, penalties for Difficulty levels and bonuses for character Exertion are applied to the visible die, regardless of whether it is the high or low die.